RIVERSIDE, Calif. – New research by scientists at the University of California, Riverside shows that evolution – genetic changes in populations over time – can occur so rapidly in organisms that its impact on population numbers and other aspects of biology can be seen within just a few generations.

The research, published online Aug. 9 in Ecology Letters, the highest ranked journal in the field of ecology, can improve scientists’ ability to predict the growth and spread of endangered species, invasive species, and disease epidemics.

Working on aphids, considered the world’s most important crop pest, the researchers experimentally tested the impact of rapid evolution on wild populations within a single crop-growing season. To accomplish this, the researchers set up an experiment that prevented evolution by natural selection from occurring in some aphids while allowing it in others. They then compared the rate at which the non-evolving and evolving populations grew.

“This shows that even without human interference natural selection acting on aphid populations causes rapid evolution,” said Martin M. Turcotte, who led the research as a graduate student in ecology, evolution and organismal biology at UC Riverside. “Even stronger effects might be expected when pesticides are in use. For decades, evolution was deemed too slow and, hence, it was not considered when studying population growth – an oversight that needs to be corrected. Ignoring this evolution, as is not currently uncommon, can lead to predictions that greatly underestimate pest densities and outbreaks.”

Rapid evolution could have important untested impacts in many other applied areas. For example, rapid evolution is important in fisheries where intense fishing causes fish to evolve traits that let them escape fishing nets. Antibiotic resistance and increased virulence in pathogens are examples where rapid evolution impacts human health.

The study was conducted at the University of California Motte Rimrock Reserve where the researchers collected multiple clonal lineages from a wild aphid population feeding on mustard plants. They identified clones and characterized their intrinsic per capita growth rates in a greenhouse at UCR.

Turcotte graduated with a doctoral degree in biology from UCR this year. Currently a postdoctoral scholar at the University of Toronto at Mississauga, Canada, he uses experimental evolution to study fundamental questions about the ecology and evolution of plant-herbivore interactions.

Turcotte was funded by grants from the Natural Sciences and Engineering Research Council of Canada; Fonds de Recherche du Québec and the University of California Natural Reserve System. Grants from the U.S. National Science Foundation supported Reznick and Hare in the study. 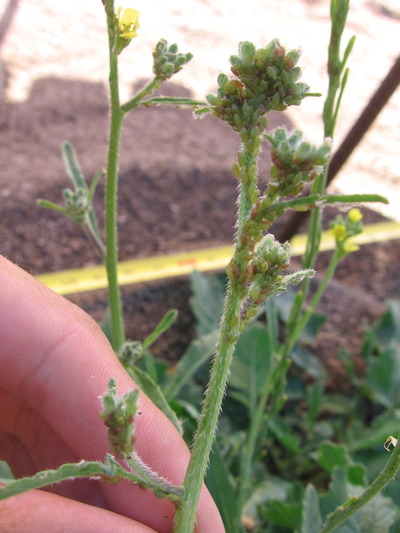 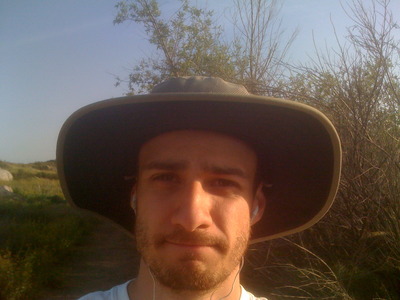 Martin M. Turcotte is a former UC Riverside graduate student. Currently, he is a postdoctoral scholar at the University of Toronto at Mississauga, Canada. Photo credit: M. Turcotte.

Share This
More News
Let us help you with your search